Like the founders of Project Armonia Jess and Fiona, I first came to Samos in 2018. I am an activist scholar and my work involves advocating for improved conditions for displaced people in Greece and the broader ‘Balkan Route’. Since 2018 I have been back to Samos on numerous occasions spending periods of time on the island ranging from a few days to a few months. Across these multiple stays I have witnessed the situation facing asylum seekers and refugees change many times.

The number of people ‘housed’ on the island has ranged from 9000 to 350; the weather conditions of summer and winter have come and gone bringing with them different, but always significant, fears and problems; and the asylum process has continued to get slower over the years with people ‘stuck’ awaiting a decision for two, three, even four years.

These past weeks, another major change occurred in the approach to asylum on the island. On the 18th September 2021, the first of a number of planned Multi-Purpose Reception and Identification Centres (MPRICs) in Greece was opened with an inauguration ceremony on Samos. At the entrance to this new structure is a sign stating that it is a ‘Closed Controlled Access Centre’. It is a space that people have described to us as a ‘prison’, particularly the people who have been transferred there  last week. 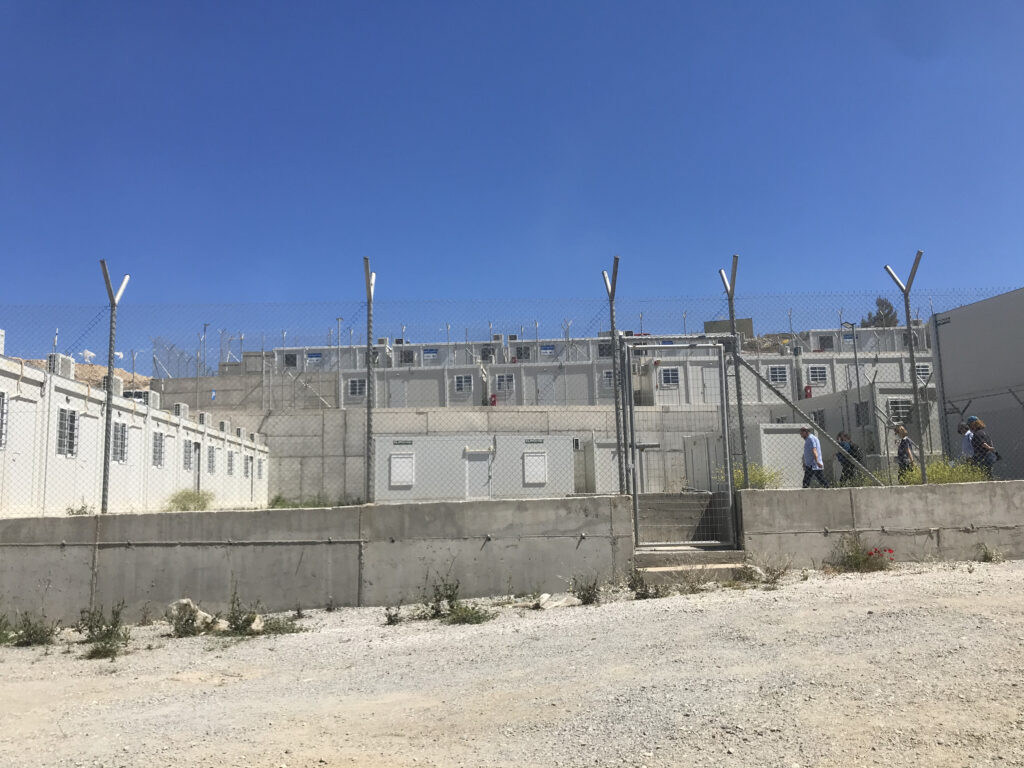 Whilst Greek and EU officials continue to highlight the improved living conditions associated with the new structure, with Manos Logothetis arguing that ‘for the first time in the history of migration, a beneficiary will be able to sit in a restaurant that is air-conditioned and safe’, we recognise the fears and anxieties that a closed structure, a two hour walk from the support available in the town of Vathy causes people.

We spoke to one person seeking asylum who told us that they were conflicted about the new camp. That ‘the cleanness and the structures and [some]where to sleep, and the water and the kitchen and the other stuff, the bed to sleep, it’s better for us you know, better than the old camp’. However, at the same time, the lack of information about how long people will be staying in the new structure, what ‘closed and controlled’ means in reality, and how people who can’t afford €1.60 for the bus one-way into town increases people’s anxieties and fears.

They told us, the lack of information, the lack of freedom, makes people feel like they ‘are treated as animals are. So, it’s not right to do that kind of thing for a human being and human children’, to simply move people around, to relocate them to remote locations with limited opportunities to work, to access schooling, to become members of a community.

People who have been on the island many years have lived through appalling conditions, through winters in tents that don’t protect them from the storms and the cold, through summers with a lack of water, surrounded by waste, rats and snakes, through inedible food provided at the end of a five-hour queue, and through violence and insecurity. These conditions were only made worse during the lockdowns associated with COVID-19. One person shared with us that ‘we were not allowed out of the camp to the city. We only lived in the camp…we don’t feel like we have support from the people’. 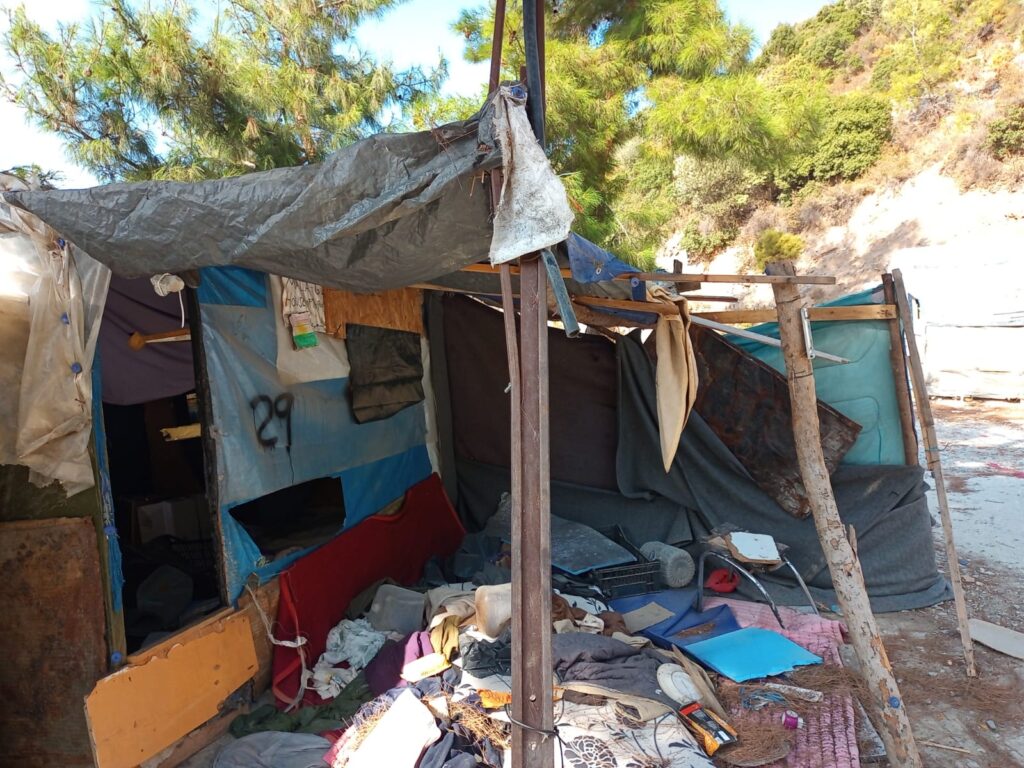 This sense of isolation, dehumanisation and marginalisation will only be made worse in a new structure in the middle of nowhere, surrounded by barbed wire, a ‘closed and controlled’ structure with no shade from the hot summer sun, monitored by watchtowers and cameras linked to an Athens control centre.

No one is denying there was a desperate need to improve the condition and provision of shelter from what people faced in the ‘Jungle’ area of the Vathy camp. Yet that improvement does not mean that other concerns and fears are not valid and can be ignored.

Following the transfer to the Zervou MPRIC, people were restricted from leaving the camp for a few days. This restriction of movement, along with the fences and the barbed wire only serves to make people increasingly more fearful and anxious.

In July 2021, I worked with Project Armonia to write a report sharing the stories of people in the asylum process, humanitarian workers and volunteers as well as the local population. Within this report we shared a number of policy recommendations. Recommendations that focused on community building, integration and successful approaches to support derived from grassroots organisations.

A ‘closed and controlled’ camp surrounded by fencing and surveillance is the opposite of this. It is ‘prison’ like, it is anxiety inducing, it is a tool for marginalisation. This is not an approach that welcomes people in need of safety. It is not an approach that recognises the humanity of the people that it intends to ‘shelter’. 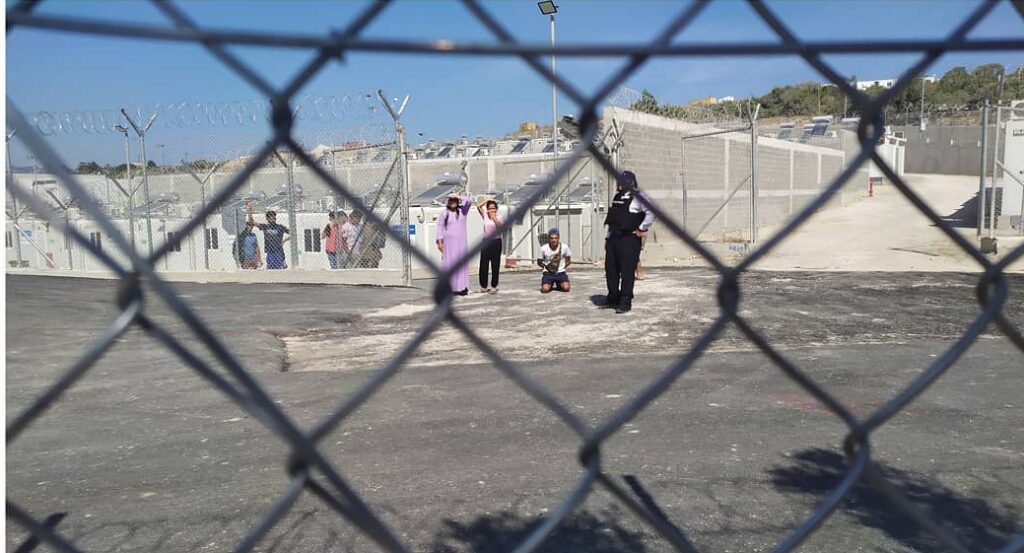 Community and Food on Samos

Back to
Login
×
Close Panel