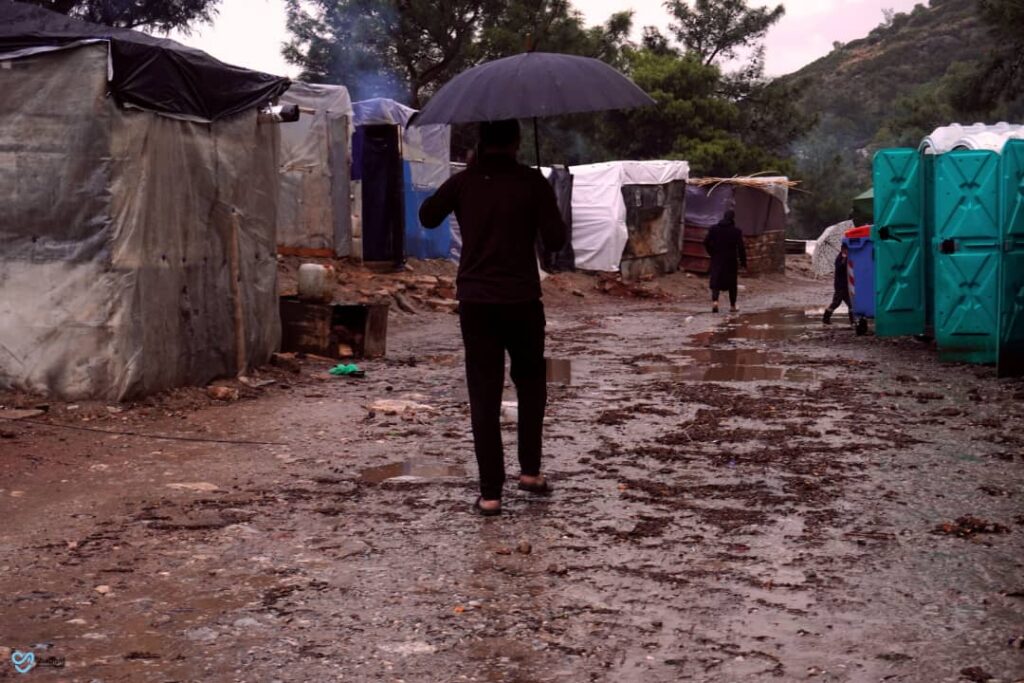 When I first came to Samos in September last year, I was unprepared for how severe the cold weather would be. I come from Scotland where the cold months are characterised by torrential rain, snow and driving winds.

Samos, I reasoned, was the mediterrenean, as far south as it is possible to be in Europe, the winters couldn’t be that bad, surely? Accordingly, I packed mainly for summer weather, throwing in one jumper and a raincoat just in case the weather turned.

You can imagine my surprise as we moved through November, and I began to feel the icy chill creeping in, steadily at first, once the sun had set, but then more aggressively as the winds and the rains set in.

The reason for the bitter cold, I was soon to discover, was the humidity. Being so coastal, water vapour hangs heavy in the air, and whilst it is fairly suffocating in the summer, it becomes akin to a sheet of ice as the winter rolls in.

Come January, you quickly find yourself wearing all of your clothes, drinking your bodyweight in hot drinks, and yet you’re still cold, stamping your feet on the concrete restaurant floor, trying to feel your extremities.

I am, of course, one of the privileged volunteers who comes to this island out of choice. I’m lucky enough to sleep in a bed every night, in a house, with running hot water and a shower. The winter for me is, at worst, a mild inconvenience that I have to plan a little around.

For our community volunteers, however, and the people we serve, the winter brings with it a new set of challenges that make your day to day existence a bitter battle to stay warm, dry and safe.

You see, the cold is just one aspect of the winters here. It’s difficult enough to build a decent shelter in the ‘jungle’, let alone insulate it properly against the freezing temperatures. But when the other winter elements conspire against you, maintaining your home becomes a gruelling battle.

For the past few months, Samos has been battered continually by severe weather. As an island, we’re subjected to the very worst storms, with winds blowing in at hundreds of kilometres per hour and rains depositing litres of water in a matter of hours.

When the weather turns, it is the refugee community who stand the most to lose. Many spend sleepless nights, diverting rivers of water away from tents, securing shelters from against the wind, and, when the weather is at its worst, in fear that a falling tree will collapse on their homes.

As an NGO, we do what we can, providing hot showers for our community volunteers and serving warm, nutritious food to the most vulnerable members of the refugee community.

Similarly, it has been heartwarming to see the NGO community pull together, opening up centres and providing blankets, so that people might have safe, warm and dry spaces to stay.

However, we’re painfully aware that this is simply not enough. What is needed is safer accomodation for people on the move, so that their lives are not put in jeopardy when the winters roll around.

It remains astounding to me that this is nothing new, the situation on the Aegean Islands has remained the same for the past five years. That’s five winters, with thousands of people facing these impossible conditions, and still there has been no lasting or meaningful change.

Part of the problem stems from our lack of awareness about the conditions on the ground. Like me, if you pictured a refugee camp on the Aegean islands, what would probably come to mind is the scorching sun, baking temperatures, and everything coated in a fine layer of dust.

Of course, these conditions bring with them their own peculiar set of problems and challenges, but the need for proper, safe and stable accommodation is emphasised when set against the context of the bitter winters.

Back to
Login
×
Close Panel